Build a Shopify store for the Belgian artist Roméo Elvis

In April 2022, Universal Music contacted me to offer me to develop a Shopify store for the Belgian artist Roméo Elvis.

In the context of his upcoming album being released in May 2022, Universal Music wanted to create a store where fans would be able to buy a pack containing an album and a concert ticket.

His upcoming album was called "Tout Peut Arriver" ("Anything Can Happen") and was declined in 4 editions:

Each of this editions had a specific cover design.

This project had two challenges: 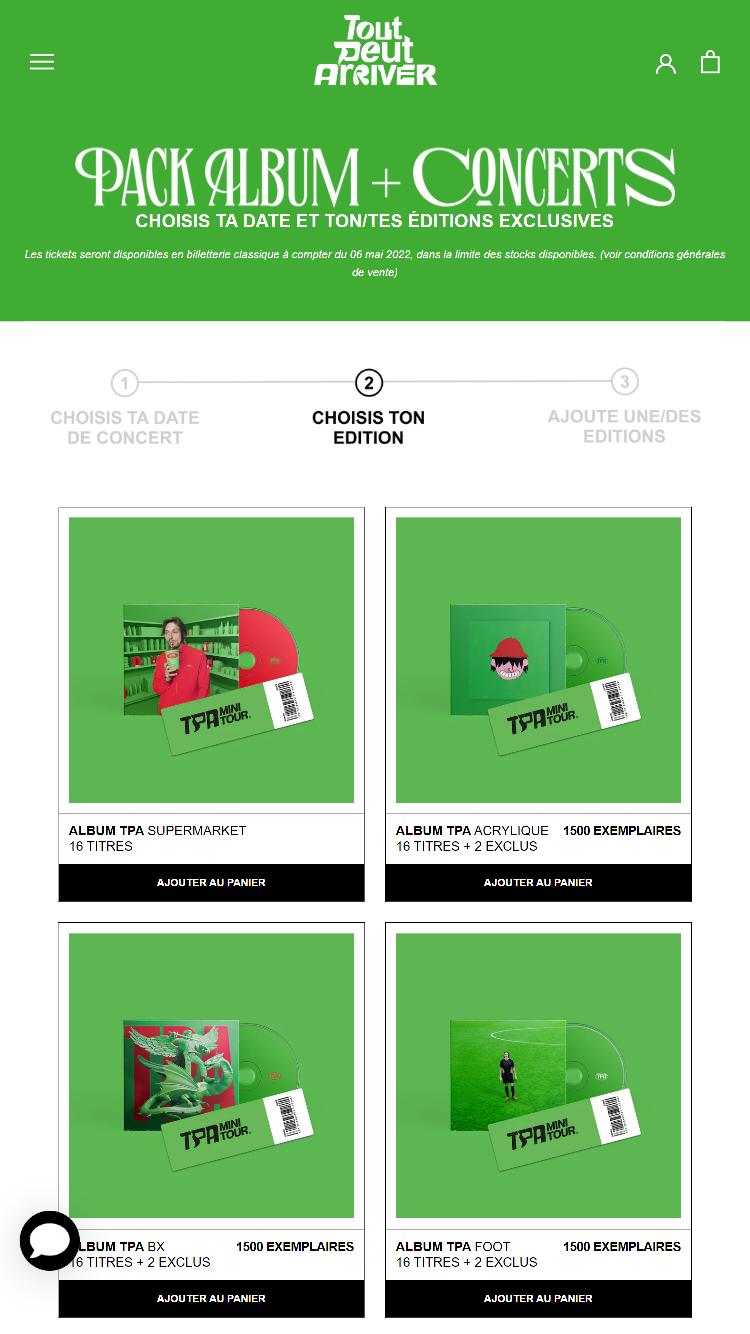